Study Suggests Zika May Reduce Testosterone and Fertility in Men

By:
Contributor
Scientific Journal Nature recently published a study suggesting that the Zika virus may interfere with men’s ability to reproduce.
To this day, most of the research conducted on Zika has been focused on how the virus affects pregnant women and developing fetuses. Scientists have discovered that the Zika infection causes miscarriages and severe birth defects, including a condition known as microcephaly. It has been linked to developmental delays, seizures, hearing loss, vision problems, impaired growth, and an array of other health risks.
This new study, however, focuses on the consequences men face in regards to the Zika virus. Scientists exposed male mice to the virus to learn how it would affect the reproductive system. Just three weeks after they were infected, the mice’s testicles shrunk to one-tenth their normal size, their sex hormone production dropped, and their fertility decreased dramatically. Even after the virus was eliminated from the bloodstream, the mice’s testicles did not heal. Ultimately, the infected mice were less likely to impregnate the female mice.
“We don’t know for certain if the damage is irreversible,” said the co-senior author of the study, Michael Diamond, “but I expect so, because the cells that hold the internal structure in place have been infected and destroyed.”
Because the virus remains in semen for several months, the Centers for Disease Control and Prevention have recommended that men who have traveled to Zika-endemic regions use condoms for at least six months. The CDC has not, however, made a statement regarding the impact of the virus on men’s reproductive health. 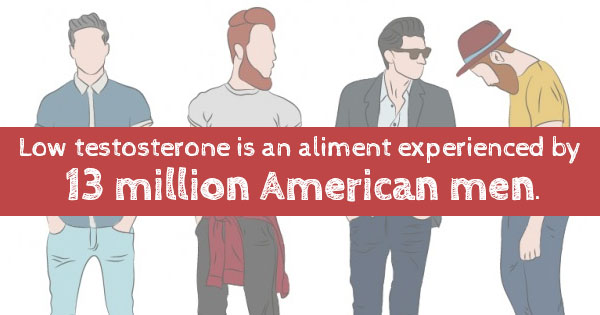 “We undertook this study to understand the consequences of Zika virus infection in males,” said Diamond. “While our study was in mice – and with the caveat that we don’t yet know whether Zika has the same effect in men – it does suggest that men might face low testosterone levels and low sperm counts after Zika infection, affecting their fertility.”

Low testosterone is a common occurrence among aging men with or without the Zika virus. In fact, “low T” affects roughly 13 million American men, including four out of 10 men over the age of 45. Low T causes a decrease in sex drive, erectile dysfunction, fatigue, and a loss of muscle mass and body hair.
While these symptoms may be quite noticeable for many men, researchers have not yet been able to determine how severe the warning signs would be in those infected by the Zika virus.
“If testosterone levels drop in men like they did in the mice, I think we’ll start to see men coming forward saying, ‘I don’t feel like myself,’ and we’ll find out about it that way,” said Kelle H. Moley, a fertility specialist. “But we don’t really know how the severity in men might compare with the severity in mice. I assume that something is happening to the testes of men, but whether it’s as dramatic in the mice is hard to say.”

For full story, pick up a copy of the MONTH XX issue of The Allegan County News/The Union Enterprise/The Commercial Record or subscribe to the e-edition.